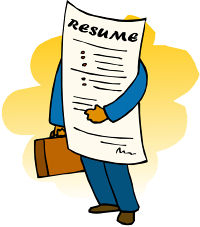 The table below shows number of labour forces, unemployment rate & labour participation rate for Malaysia since 1982.

END_OF_DOCUMENT_TOKEN_TO_BE_REPLACED

During the 4th Economic Transformation Programme (ETP) update recely, the PM unveiled a further 9 Entry Point Projects (EPP)s worth over RM2bn, bringing the total to date at 60 projects under 46 EPPs. To date, the projects will produce RM95bn in investments and increase GNI by RM137bn.

The 4th EPPs announced include:

END_OF_DOCUMENT_TOKEN_TO_BE_REPLACED

World Bank recently published a new report regarding the easiest country to do business in the world. A high ranking on the ease of doing business index means the regulatory environment is more conducive to start and operate a local firm.

This index averages the country’s percentile rankings on 9 topics, made up of a variety of indicators, giving equal weight to each topic. The rankings are from the Doing Business 2011 report, covering the period June 2009 through May 2010.

Malaysia ranked at position 21st, up 2 position from 23rd in 2010. Malaysia showed improvements in its online procedures for starting a business, speedy registration of properties and notable ease in tax procedures especially with the introduction of online tax submissions.

Earlier this year, Malaysia also made a significant leap in its IMD World Competitiveness Yearbook, moving up eight places and becoming the 10th most competitive nation in the world.

The table below are the rank of the top 30 countries.

END_OF_DOCUMENT_TOKEN_TO_BE_REPLACED

Prime Minister Datuk Seri Najib Tun Razak tabled 10th Malaysia Plan(10MP) in the Dewan Rakyat today. The 10MP which is to be implemented in 5 years (2011-2015) is critical for the continuation of the national agenda to realise Vision 2020.

The Government has allocated RM230bil for development expenditure under the 10th Malaysia Plan. The allocation will comprise 55% for the economic sector, 30% for the social sector, 10% for security sector and 5% for general administration.

The following are the highlights on 10th Malaysia Plan.

END_OF_DOCUMENT_TOKEN_TO_BE_REPLACED

The table below outlines the major similarities between the two, comparing the Dow Jones Industrial Average for the 1937-1939 period to the SPDR S&P 500 exchange-traded fund (ETF), for the 2008-2010 period.