Home » Updates on Earn Money by Generating Electricity at Home 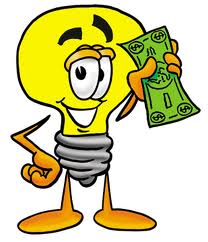 This post is an updates for “Earn Money by Generating Electricity at Home” article published earlier. Recently, Dewan Rakyat passed the bill on the Renewable Energy (RE) Act 2010. Under the bill, the Government is to implement the feed-in tariff (FiT) system.

Under the act, a small-scale solar photovoltaic (PV) producer, such as households, could potentially earn up to RM1.75 per kWh of electricity produced by selling the power to Tenaga Nasional Bhd (TNB). Comparatively, consumers pay RM0.218 per kWh to TNB for the first 200kWh electricity consume per month.

Under the FiT systems, TNB will buy all RE generated and pay a FiT to the generators, thus making it much more lucrative to generate RE power.

Consumers who installed capacity up to 4 kWp (kilowatt peak) would be paid a feed-in-tariff (FiT) of RM1.23 per kWh. On top of that, there will be bonus such as installation of solar PV in buildings or building structures, they will be paid an additional 26 sen per kWh.

Consumers who installed solar PV for use as building materials will get an additional 25 sen per kWh and they will also get another 3 sen per kWh for using locally manufactured or assembled solar photovoltaic modules.

Meanwhile, for producers generating above 4 kWp of solar PV electricity, and up to 24 kWp, will be paid RM1.20 per kWh.

All solar PV producers would be guaranteed an income for up to 21 years from the date of signing the agreement. Consumers who producing 4KW of electricity at home will be earning more than RM400 a month.

The current practice was “net metering” for electricity generated from solar PV, whereby TNB would deduct the production from consumers’ consumption on a contra basis.

The original proposal was for electricity tariffs to be hiked by 1%, which will cover the cost of the FiT. However, since there was no announcement of an electricity tariff hike, if the FiT was to be implemented, the Government would have to subsidize the cost to TNB, either directly via subsidies or via the RM1.5bn Green Technology fund.

Residential homes which produce solar energy under the Renewable Energy (RE) Act 2010 will be paid more than industrial producers due to the lack of economies of scale.

More information can be found in MBIPV webpage.

Next Post: AHB Unitholders Get 2.17 sen Interim Dividend for March 2011