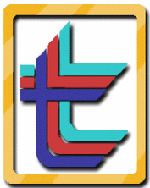 LTAT recorded an unaudited total income of RM747.5 million in 2010 and it is the highest in its 38-year history.

The 14 percent dividend comprise 7 per cent dividend, 1 per cent bonus and 6 per cent special bonus in the form of unit trusts.

The total payout to LTAT members is RM616.3 million, a 7.2 per cent increase over the previous year’s RM575.2 million.

LTAT manage to maintain its “stellar” record for its dividend rate. The lowest rate since 1994 was 10%.

Among investment portfolio of LTAT are Boustead Holdings Bhd, a diversified group with interests that include plantations, and banking group Affin Holdings Bhd.

For financial year end 2010, LTAT’s total assets increased by 1.3 per cent to RM7.6 billion. Its members contributions stood at RM6.7 billion compared with RM6.3 billion a year before.

During the same period, LTAT paid RM677.4 million to 6,055 retired members and RM23.2 million to 4,297 members who were eligible to purchase a house, or land to build a house, under its housing withdrawal scheme.