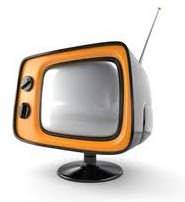 Despite the rather moderate earnings growth projections for 2011 based on a moderate economic growth forecast, media sector upgraded from Neutral to Overweight as the thematic factors such as an impending general election and influx of foreign investors would be the sector’s key upside catalysts in 2011.

Nevertheless, Media Prima (MPR) is good choice for investors seeking the widest exposure in the media sector, backed by the group’s position as the only integrated media player in Malaysia with exposure to all media platforms.

Despite the windfall from its special dividend last year, the medium and long term prospects for Star remain somewhat unattractive, especially if one considers its relatively expensive valuation. As such, Star has NEUTRAL recommendation.

Below are target price for selected stocks in Media Sector.

Next Post: Priority Banking & Minimum Deposit to be Eligible