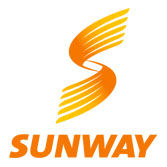 Another interesting news is regarding the merger between Sunway Holdings and Sunway City. The EGM to vote on the merger is expected to be held sometime in April. If the proposal goes through, the merged entity should be listed in July or August 2011.

Would you buy Sunway Holdings shares?

If you have fair price or target price from another research house kindly leave in the comment section.

Next Post: New Guidelines for Credit Card Issuance and Usage