Despite relatively strong results from a number of Blue Chips in February, the market still retreated and ended up in the red so far in 2011. Selling was largely attributed to concerns arising from political unrest in the Middle East but the risk is limited if this does not spread to Saudi Arabia.

OSK continue to advocate Buying into Weakness for sectors such as Banking and to trade in O&G, Construction and Property plays. OSK also adding a slightly defensive flavor to our Top Buys for March. While the market remains volatile for now, OSK see an election driven rally towards year-end.

The table below are the target price for March 2011 top picks.

END_OF_DOCUMENT_TOKEN_TO_BE_REPLACED

We expect the market to rebound in February as fundamentals remain intact and the 4Q2010 results reporting season should see analysts upgrading their earnings again. We like the Banks, Oil & Gas and Consumption related sectors for February. Our Top Buys center on companies anticipated to display strong profitability (CIMB, AirAsia), laggards (KPJ) and rebounding stocks (Kencana, SP Setia).

The table below are the target price for February 2011 top picks.

END_OF_DOCUMENT_TOKEN_TO_BE_REPLACED 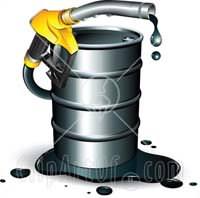 The share prices of O&G stocks are undergoing a re-rating, largely fuelled by positive market sentiment and strong news flow. Going forward, partnerships or actual contract awards will be the main ‘push’ factor for further share price upside and the lucky companies will continue to outperform those which lack news flow. Average sector PER valuation is raised from 13.2x to 16.6x. Maintain Overweight on the sector, with top picks being Kencana Petroleum, Alam Maritim, Petra Perdana and Petra Energy.

Below are target price for selected companies in Oil & Gas Sector.

END_OF_DOCUMENT_TOKEN_TO_BE_REPLACED

Continue to see the market rallying on 3 Factors. After rising more than 20% at its highest in 2010, we still see the Malaysian market rallying to new highs in 2011 with our KLCI fair value at 1648 points.

We believe this rally will be driven by 3 key factors:

END_OF_DOCUMENT_TOKEN_TO_BE_REPLACED

Buy for 2011. For December, we would advise investors to return to the market to position for a potential rally in 1H2011. We note that December had indeed been a good month since 1996, posting positive returns 86% of the time. We are, for December, inclined towards the Big Caps, with our Top Banking and Telco sector Buys again being CIMB, Maybank and Axiata. Our Top Buys for December include stocks from the Property and O&G sectors.