Further Election Indications. With the Star reporting that the PM has called on UMNO party members to get ready for the general election, we believe our long held view of an early 2011 polls will indeed become reality. Given the history of pre-election rallies, we maintain our year-end KLCI target of 1496 pts and 2011 KLCI fair value of 1648 pts even as we caution on the 3Q results to be announced in November. We are particularly positive on the Construction, Property and O&G sectors as part of the election theme. With the Sarawakian state election possibly being held in 2010 and the general election before June 2011, any weakness in the local bourse in November is a cue to Buy.

END_OF_DOCUMENT_TOKEN_TO_BE_REPLACED

Budget 2011 appears to promote private consumption and investment given its notable PPP initiatives in infrastructure development. While fairly Neutral, there were slightly more positive than negative surprises, especially since the highly anticipated tightening measures on the property sector did not materialize. We see the Construction, Property and Consumer sectors as the biggest winners from this Budget although we do not see a major market reaction as most of the main budget items had been unveiled earlier.

END_OF_DOCUMENT_TOKEN_TO_BE_REPLACED 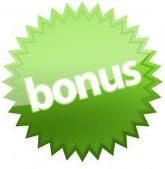 Given the success of recent bonus issues in fuelling a rally in share prices and the potential abolishment of ‘par value’ in the Malaysian capital market, we take a look at who else might be declaring bonus issues soon.

Based purely on the share premium to share capital ratio, where the higher the ratio the easier it is to issue bonus shares.

The table below are the list of higher potential bonus issuers among the top 75 companies by market capitalization.

END_OF_DOCUMENT_TOKEN_TO_BE_REPLACED

Previously we look at Warrants, there are another type of warrants traded in Bursa Malaysia. We call it Call Warrants. Below are short brief explanation about Call Warrants.

Call Warrants give a right, but not an obligation, to buy a fixed number of stock shares at a specified price within a limited period of time. But unlike warrants, call warrants are issued by third parties based on existing stock shares. Therefore, they do not increase the issued capital or dilute the earnings of the company as a warrant do. Call warrants have maturity dates of not more than two (2) years

The table below shows Local Call Warrants that currently traded in Bursa Malaysia together with its maturity dates and exercise price as of 10th August 2010.

END_OF_DOCUMENT_TOKEN_TO_BE_REPLACED

2H10 would be an exciting period for the O&G industry, especially in 4QCY10, during which we expect most of the contract to be awarded, alongside the listing of MMHE, which may lead to a re-rating of the share prices of most O&G companies, which are currently trading at single digit PER valuations.

However, we do not expect to see strong quarterly performance by most O&G companies in 2H10 and would not be surprised if they reported results that are below our and the industry expectations as there was a stark shortage of new contracts late last year and in 1H10. This led to poor utilization rates and margin compression as a result of strong market competition.