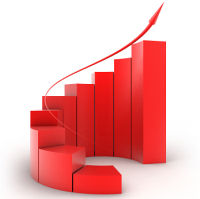 Recently, Securities Commission Malaysia (SC) launched the Malaysian retail bonds and sukuk framework that allows retail investors to directly invest in bonds and sukuk. The framework is part of the initiative under the SC’s Capital Market Masterplan 2 to facilitate greater retail participation in the bond and sukuk market.

The retail bonds and sukuk framework is intended to meet retail investors’ demand for access to a wider range of investment products. Issuers will now also have access to a larger pool of investors.

The framework will come into two phases,

END_OF_DOCUMENT_TOKEN_TO_BE_REPLACED

If you are interested, make sure you subscribe quickly because the similar Sukuk Simpanan Rakyat (SSR) with bigger fund size launched last year was fully subscribed within 9 days. Assuming similar subscription rate, Sukuk 1Malaysia 2010 may be fully subscribed in 4 to 5 days.

If you want to know how to calculate profit made from S1M 2010, you may refer to the formula below.

END_OF_DOCUMENT_TOKEN_TO_BE_REPLACED

After receiving a good response from general public on Sukuk Simpanan Rakyat (SSR) launched last year, Government will be issuing a new RM3bil worth of Sukuk 1Malaysia 2010.

Bank negara was appointed on behalf of The Ministry of Finance to issue the Sukuk. The sukuk, which will be scripless and based on Shariah principles.

It has a 3-year tenure and offers a return of 5% per annum. Profit payments will be made on a quarterly basis through the sukukholders’ accounts with their agent banks.

If you are interested to subsrcribe, you may apply during the subscription period starting from 20th May to 9th June 2010. You better make a quick decision as the previous Sukuk Simpanan Rakyat (SSR) were fully subscribed within nine days.