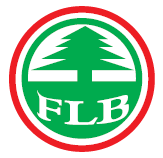 Below are the allotment summary

END_OF_DOCUMENT_TOKEN_TO_BE_REPLACED

Focus Lumber Bhd, Sabah’s based manufacturer of plywood, veneer and laminated veneer lumber (LVL), is schedule to be listed in Main Market on 28th April 2011.

Focus Lumber’s IPO consists of public issue of 12.2 million new ordinary shares at an IPO price of RM0.60 per share with RM0.50 par value. Out of this, 9 million shares are allocated to Malaysian public.

On top of new shares issues, 5.2 millions existing shares are for sale to identified and Bumiputera investors.

END_OF_DOCUMENT_TOKEN_TO_BE_REPLACED

Japan hits by worst earthquake in over 100 years. The cost of reconstruction is estimated at USD161bn. The impact on Malaysia is generally limited given that Japan’s major ports and industrial areas have been spared. However, there would still be winners and losers among some sectors. For now, OSK maintain Buy into Weakness call on the Malaysian market with year-end target for KLCI of 1680 pts remain intact.