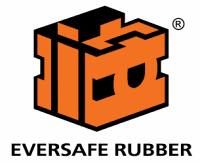 Eversafe Rubber Berhad, a tyre retreading solutions provider is scheduled to be listed in ACE Market of Bursa Malaysia on the 21st April 2017.

The IPO will raise about RM16.90 million in proceeds. Out of this, RM12.58 million is for new manufacturing lines and enhanced automation systems, RM1.5 million will be use for establishing IPR and overseas branding initiative RM3.2 million is for listing expenses.

The company plans to increase its revenue from the overseas market to 75% in three years, from 57.1% in FY16. The company has been able to grow export sales with exports to at least 23 countries including New Zealand, Japan and Australia.

More information regarding the company can be found in Eversafe Rubber  Berhad webpage.

Eversafe Rubber intends to distribute between 40 to 60 percent of their Profit After Tax as dividend. Base on 2016 figures and IPO price of RM0.36, this translate to the dividend yield of 5 percent.

The table below is the financial summary of Eversafe Rubber.

* Based on number of shares post IPO
Mercury Securities is the principal adviser, sponsor, sole underwriter and sole placement agent of the IPO.

On the Moratorium on shares, the promoters of Eversafe Rubber IPO will not be able to sell, transfer or assign their entire shareholdings for a period of 6 montsfrom the date of listing. For the subsequent 6 months, the promoters must hold at least 45 percent of shares of the total number of shares issued.

For those who are interested in Eversafe Rubber IPO, you may subscribe at ATM machines or via Internet Banking.

The retail subscription period is opened until 10th April 2017 at 5pm. Tentative balloting date is on 12th April while the allotment date is on 19th April 2017. Eversafe Rubber stock name in Bursa Malaysia is “ESAFE”.

What do you think about Eversafe Rubber IPO? Are you going to subscribe?