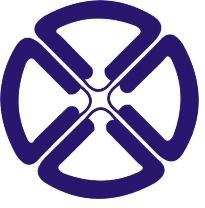 The Initial Public Offering (IPO) consists of 142 million new ordinary shares at an IPO price of RM0.15 per share at RM0.10 par value. 91.745 million shares will be for private placement & selected investors, 34 million shares to the Malaysian public while the remaining 16.255 million shares are allocated for employees & person who contributed to the success of Kim Teck Cheong Consolidated Berhad.

The IPO will raise about RM21.3 million in proceeds. Out of this, RM9 million will be use for aquisition of warehousing facilities in Sibu, Miri & Kuching, RM2 million for construction of new warehouse in Kota Kinabalu, RM3 million for purchase of equipment, RM4.7 million for working capital & the remaining RM2.6 million is for listing expenses.

Kim Teck Cheong Consolidated will be introducing 20 new products under its in-house brands over the next five years.

Distribution of third-party brands contributed the bulk of the company’s revenue at 90% while the remaining 10% are from in-house brands.

Kim Teck Cheong Consolidated has been operating since 1938 and has the major share of the Sabah consumer package goods market The company entered Sarawak market 2 years ago and progressively growing its foothold.

The company is eyeing expansion into Brunei, by establishing a distribution centre there. Discussions are ongoing for a RM1.54 million acquisitions of a distribution company in Brunei, which it intends to conclude early next year.

However, the company has no plans to expand into Peninsular Malaysia for now.

The table below is the financial summary for Kim Teck Cheong Consolidated Bhd.

For those who are interested in Kim Teck Cheong Consolidated IPO, you may subscribe at ATM machines or via Internet Banking. The subscription period is opened until 12th November 2015 at 5pm. Tentative balloting date is on 16th November while the allotment date is on 23rd November 2015.

What do you think about Kim Teck Cheong Consolidated IPO? Are you going to subscribe?