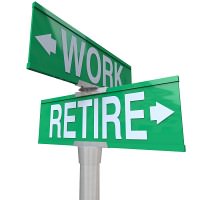 Just as everyone has long expected, the EPF is finally beating the war drum of upping the withdrawal age, in trying to be logical and in trying to be in lockstep with the retirement age.  This will of course deny millions of contributors of early access to their hard-earned money.  To avoid huge public backlash, the EPF decided to perform a “market survey” first, just to have a taste what the public is actually thinking.  Ever since the government pushed the retirement age upward to 60 years old, the threat of higher withdrawal age is always looming large for all Malaysians.

END_OF_DOCUMENT_TOKEN_TO_BE_REPLACED

However, since reaching all time high, the price gradually went down to less than $1,200 per ounce at the end of 2014. 2013 is the worst performing year, where the price drop a massive 27%. 2014 also register a price drop in US Dollar albeit small drop but the price increase in Malaysian Ringgit which was due to sudden drop of Ringgit versus US Dollar.

Gold once perceived as a safe haven during uncertainties or economic crises and a hedge against inflation but why it dropped so much? Read the article “Breaking the Myth of Gold as the Ultimate Store of Wealth” and “Why Gold is Damaging to the World’s Economy” which were written by the author of 259 Trillion Vs 5 Trillion book series. Maybe the article could explain why.

I made a compilation table to show the annual gold price changes for the past decades in both US Dollar and Malaysian Ringgit as below.

END_OF_DOCUMENT_TOKEN_TO_BE_REPLACED

Malaysians have the conviction that Singaporeans are doing far better than Malaysians do.  In many specialized areas, indeed, the level of superiority of Singapore seems to be light years away compared to Malaysia.  However when all things are smoothened out, and the data is generalized over the entire country (Malaysia is much bigger and populous than its neighbor, by as much as 1,400 times and 6 times respectively), we can see that the overly emphasized achievements of Singapore (or the lack of achievements on the part of Malaysia) will fall apart.

The most overarching example is the comparison of the exchange rate between the two countries.

END_OF_DOCUMENT_TOKEN_TO_BE_REPLACED

“We are going bankrupt in five years time”

“Mismanagement and Corruption has made us poorer”

These are the routine statements you may have heard regarding the state of the Malaysian government finances.  But do they hold any water?

A while back, in Book 3 of the 259 Trillion Vs 5 Trillion Series, my co-author and I have presented the calculations of the US Government assets and compared them to the so called “mountain of debts” and found out that the opposite was the truth, that the US has far more asset than debt.  People with their own agenda use half-baked statistics to propel “unsuspecting” citizens to become angry and extremely emotional toward their own governments, masking their true intention, which is mostly for power grabs.  As such, with such roaring emotional outburst of various camps on small issues, I will try to dispel a few myths on the Government of Malaysia.  One should view things with brains and facts and not on sensationalized half-truths and emotion.