The companies fall under Forbes Asia-Pacific 200 Best Under A Billion 2012 must show both sales and earnings growth. To qualify they must have annual revenue between $5 million and $1 billion and be publicly traded for at least a year.

Then the companies are then screened for earnings growth, sales growth and return on equity in the past 12 months and over 3 years.

There are 14 Malaysia companies listed. The table below is the full list of Forbes Asia 200 Best Under A Billion for 2012.

END_OF_DOCUMENT_TOKEN_TO_BE_REPLACED

So far, 2011 is a good year for Initial Public Offering (IPO) listing in Bursa Malaysia. At the time of writing, there were 14 new IPOs listed. Out of these figure 8 IPOs were listed in the Main Market while 6 were listed in ACE Market.

If you are interested to apply for upcoming IPO, take a look at the following table which shows the upcoming IPO for 2011.

END_OF_DOCUMENT_TOKEN_TO_BE_REPLACED

Benalec Holdings Initial Public Offering (IPO) received an overwhelming response with its Malaysian public portion of 36.5 million shares. It was oversubscribed by 4.92 times.

The Public Issue and Offer for Sale exercise comprises;

END_OF_DOCUMENT_TOKEN_TO_BE_REPLACED 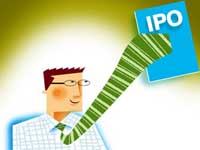 How do they performed?

In January 2011, 3 more IPOs will be listed in Bursa Malaysia. They are K. Seng Seng Corporation, Benalec Holdings and Tambun Indah Land. With 2010 IPO performance data, are you going to subscribe to 2011 IPO?

The table below are the summary of 2010 IPO performance.

END_OF_DOCUMENT_TOKEN_TO_BE_REPLACED

Benalec Holdings Bhd, Malaysia’s second largest marine construction firm, is schedule to be listed in Main Market on 17th January 2011. The company, was established in 1978 is also eyeing to expand its marine construction services regionally especially in Indonesia and Vietnam.

Benalec’s IPO consists of a public issue of 100 million ordinary shares at an IPO price of RM1.00 per share with RM0.25 par value.