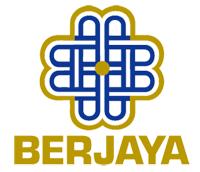 Berjaya Food Bhd, the operator of Kenny Rogers Roasters restaurants in Malaysia , is schedule to be listed in Main Market on 8th March 2011.

Berjaya Food’s IPO consists offer for sale of 35.6 million ordinary shares at an IPO price of RM0.51 per share with RM0.50 par value.

The IPO will raise in RM72.1 million in proceeds. The proceeds would accrue entirely to the offeror, Berjaya Group Bhd.

Currently, 65 Kenny Rogers Roasters restaurants operate nationwide, of which 52 are owned by Berjaya Food while the remaining 13 are owned by independent franchisees. The company targeted to open between 8 and 10 new restaurants each year.

Berjaya Food adopted a dividend policy of paying 50 percent of group net profits to shareholders. At an IPO price of RM0.51 per share, the net dividend yield is estimated to be approximately 6.02 and 8.75 percent for financial year end 2010 and 2009 respectively.

For those who are interested in Berjaya Food IPO you may subscribed at ATM machines or via Internet Banking. The subscription period is opened until 25th February 2011 at 5pm. Tentative balloting date is on 1st March while allotment date in on 4th March 2011.

Interesting IPO to subscribe and the company intend to pay a good dividend.

What do you think about Berjaya Food IPO? Are you going to subscribe?