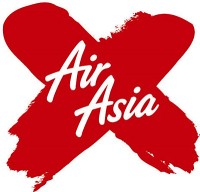 AirAsia X Bhd, a long-haul low-cost airline is scheduled to be listed in Main Market of Bursa Malaysia on 10th July 2013.

The institutional price will be determined by way of book building while for the retail application, RM1.45 is payable upon application. If the final retail price is lower, the difference will be refunded.

Currently, AirAsia X does not have any formal dividend policy.

The table below is the financial summary for AirAsia X Bhd.

CIMB Investment Banks is the principal adviser of the IPO

For those who are interested in AirAsia X IPO, you may subscribe at ATM machines or via Internet Banking. The subscription period is opened until 19th June 2013 at 5pm. Tentative balloting date is on 24th June 2013 while the allotment date is on 9th July 2013.

What do you think about AirAsia X IPO? Are you going to subscribe?

Next Post: Ways to Maximize Profits from Property Investment