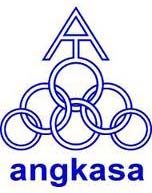 The new cooperative bank is established a with minimum paid-up capital of RM300 million from the share capital of the existing credit and non-credit cooperatives members.

END_OF_DOCUMENT_TOKEN_TO_BE_REPLACED

Citibank Global Transfer gives you the convenience of transferring funds online instantly between your own Citibank accounts and other Citibank accounts across Asia-Pacific. It can be done at ay times, 24 hours a day, 7 days a week through your online banking account.

With Citibank Global Transfer, you have an option for fund transfers in local currency or other foreign currency. Every transfer subjected to flat transfer fee of USD10 per transaction.

There is no minimum amount you can transfer per transaction. However, there is a maximum limit up to USD 12,500 per day and multiple transactions is allowed.

To set up a Citibank Global Transfer, you just need the recipient’s name and account number. Funds are debited from your account and credited to the recipient’s account instantly.

END_OF_DOCUMENT_TOKEN_TO_BE_REPLACED

Citibank launched a new overdraft facility called Citibank Ready Credit (CRC). It is a personal overdraft facility without collaterals targeting at working professionals aged between 24 to 55 with an annual income of a minimum RM24,000.

With a personalised Visa debit automated teller machine card and cheque book, the product allows access to instant cash and no cash advance fee is imposed.

Below are the benefits of Citibank Ready Credit (CRC)

END_OF_DOCUMENT_TOKEN_TO_BE_REPLACED

Three types of commemorative coins issued by BNM on respective anniversary. They are as below,

Gold Commemorative Coin (proof)
This proof coin is made of gold with 999.9 purity and weighs 7.96 grams. It has a face value of RM100 and will be sold at RM1,200 a piece. The mintage quantity is limited to 150 pieces for each anniversary.

END_OF_DOCUMENT_TOKEN_TO_BE_REPLACED

It is aimed at supporting the growing pool of ambitious, financially-savvy mid-market customers aged between 25 and 45 to help them take control of their financial independence. HSBC Advance come with 2 variants namely HSBC Advance and its syariah-compliant version, HSBC Amanah Advance.