END_OF_DOCUMENT_TOKEN_TO_BE_REPLACED

World Bank recently published a new report regarding the easiest country to do business in the world. A high ranking on the ease of doing business index means the regulatory environment is more conducive to start and operate a local firm.

This index averages the country’s percentile rankings on 9 topics, made up of a variety of indicators, giving equal weight to each topic. The rankings are from the Doing Business 2011 report, covering the period June 2009 through May 2010.

Malaysia ranked at position 21st, up 2 position from 23rd in 2010. Malaysia showed improvements in its online procedures for starting a business, speedy registration of properties and notable ease in tax procedures especially with the introduction of online tax submissions.

Earlier this year, Malaysia also made a significant leap in its IMD World Competitiveness Yearbook, moving up eight places and becoming the 10th most competitive nation in the world.

The table below are the rank of the top 30 countries.

END_OF_DOCUMENT_TOKEN_TO_BE_REPLACED

Recently, we heard news about Singapore Exchange (SGX) agreed to a US$8.3 billion takeover of Australia’s ASX Ltd. The merger will create Asia’s fourth-largest and World’s eight-largest stock exchange.

With the above news it is interesting to know the biggest stock exchange in the world. The following table shows the largest stock exchange around the world in terms of market capitalization as of September 2010. It also shows the number is listed companies as its performance for the past 1 year. It also interesting to know how is our local exchange, Bursa Malaysia perform.

END_OF_DOCUMENT_TOKEN_TO_BE_REPLACED

In July 2010, The Banker Magazine publish Top 1000 World Banks ranking for 2010. The rankings are based on the definition of Tier 1 capital as set out by Basel’s Bank for International Settlements (BIS). The definition is stricter than total stockholders’ equity and covers only the core of the bank’s strength. The shareholders’ equity available to cover actual or potential losses. Goodwill is deducted from Tier 1.

END_OF_DOCUMENT_TOKEN_TO_BE_REPLACED 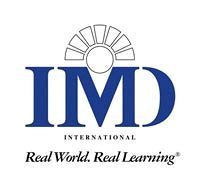 Each of these factors is divided into 5 sub-factors which highlight every facet of the areas analyzed.

In 2010, Malaysia managed to to emerge as the 10th most competitive country in the world from number 18th.

The table below shows the ranking of 58 countries in 2010 IMD World Competitiveness Yearbook.